Genocide and the consequences

Genocide against the Tutsi

From April to July 1994, an estimated 1 million Tutsi and moderate Hutu were murdered by Hutu extremists in just 100 days. In addition, 250,000 to 500,000 Tutsi women and girls have been brutally raped by Hutu extremists and/or have undergone other forms of sexual violence. This also applies to a number of men and boys and Hutu women and girls. The crimes committed during this period have been recognized worldwide as the 1994 genocide against the Tutsi in Rwanda.

The sexual violence took various forms such as gang rape, rape with objects, sexual slavery, forced marriage and sexual mutilation. Women and men were often raped multiple times over an extended period of time. Neither pregnant women nor young children were spared. The Organization of African Unity reported in 2000 that “almost all the women who survived the genocide against the Tutsi were direct victims of rape or other forms of sexual violence, or were deeply affected by it”. 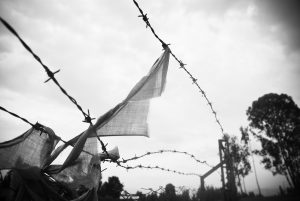 A long and bloody history of hate speech by groups based on “alleged” ethnicity played a major role. Of great influence was the anti-Tutsi propaganda that was already spread before the genocide against the Tutsi in 1994 and that warned the Hutu population to beware of the Tutsi population. The perpetrators of the sexual violence were mainly members of the Hutumilities, the Interahamwe, but rapes were also committed by soldiers of the Rwandan Army (FAR), including the President’s Guard, and civilians.

The consequences for survivors who were sexually assaulted are immense. In addition to the loss of their relatives, they face physical and psychological problems, including Hiv/AIDS infection and children born as a result of rape. Also, the survivors have often lost all belongings and are stigmatized by the community. All this often leads to great poverty. To this day they continue to suffer the damaging consequences of the genocide.

The survivors (and their children) are in need of psychological, medical and material support. At least 70 percent of the women raped against the Tutsi during the genocide became infected with Hiv/AIDS and/or contracted other diseases as a result of the genocidal sexual violence.

Together with our partner Solace Ministries in Rwanda, Mukomeze supports these women and men. Help the women of Rwanda. Support them with a monthly or one-time donation. Look here to learn more about donating to Mukomeze.

Video: “I am proud of our Mukomeze family”

END_OF_DOCUMENT_TOKEN_TO_BE_REPLACED

Welcome to Ceres Legal, our new ‘friend of Mukomeze’

[December 6, 2021] We are pleased to welcome our very first business friend: Ceres Legal. Since last month there ...

END_OF_DOCUMENT_TOKEN_TO_BE_REPLACED 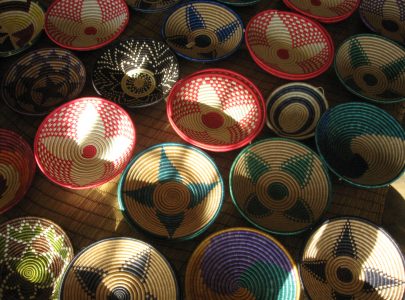 [1 November 2021] The Emanuel Snatager Foundation has provided us with a wonderful donation, enabling us to set up ...

END_OF_DOCUMENT_TOKEN_TO_BE_REPLACED